Greetings and wishes of peace to all the friends of Broto who read this note. I was asked to write two or three lines to tell how Broto Onlus was initiated, and here I am. I have tried in the few lines that follow to disregard formality and to give room to substance, letting the people, the facts, the thoughts and the emotions to be fished out of my heart as memories.
It all starts during a gospel concert at Palastampa in Turin, Italy. On that occasion funds were being gathered for a priest, Father Renato Chiera, who worked with “meninos de rua”, homeless children of the favelas in Brazil. During the break, I went to visit booths of the several non-profit organizations that were being represented at the concert, and in one of those, I had the good fortune of receiving Gildervann from Brazil as a child in sponsorship. Since that day, I was lucky enough to sponsor several other children, whose pictures are still hanging in my office.
Over time, for one reason or another, some of them have left the Projects – the luckiest ones; while others unfortunately are gone, some due to the fury of the Tsunami, or worse still, because of the rage among the crowds of what some called “the night of reason”, which moves men to exterminate one another, as in the case of my child in Africa.
Back in Brazil, the child I had sponsored at first was only a picture, perhaps a way to clean my conscience and thank God for all the good things happening in my life, especially from the professional point of view. It was a way of initiating and undertaking a journey of “restitution” and “sharing” with those who had been born on the other side of the world and, I do not know why, not had the possibilities and opportunities that were instead reserved for me and the young people of my beloved homeland.
At some point something happened that allowed me to be in direct contact with my child. Six years ago, I was relocated to work in Curitiba, Brazil. Being in Brazil and not going to see my child, but most of all – in all honesty – not go to see if the Project actually existed, if Gildervann was real, and with him all the speeches and projects that I had been told… it all seemed a little superficial. Also because in the meantime I had “infected” many friends with the idea of sponsoring in my workplace; and at that point my children scattered all the way from Africa through South America were as many as six in the various Projects of sponsorship.
On July 25th 2003, departing from the airport Afonso Penna in Curitiba, making a quick stop at Congonhas in São Paulo then finally touching the ground in Fortaleza. There it started, one of the strongest and most beautiful love stories of my entire life: the one with Raio de Luz.
The images of the first time I encountered Gildervann, as well as those of the first time I told him goodbye, are still sharp in my mind and filled with emotion. There was a child, accompanied by the director of the Project and his family, with a welcome sign on his hands: “Donato, seja bem-vindo”. Short, shy, not quite at ease: Gildervann was there! There! The picture had taken shape! It had a face, a voice, a perfume that I still remember and that evoke strong emotions in me. “My” Gildervann has grown a lot since that day and the little boy who gave me a feeling of extreme weakness, has become a bright kid: outgoing, confident on himself and on the love that accompanies him. He studies, plays sports and has a fantastic normal life as a teenager. He takes classes at Raio de Luz, and currently he plays several musical instruments including the bass, which is his passion. I am very proud of him and I thank the Lord that he did cross our paths.
So far, someone might object, so good! And so it is for many sponsors who meet their children and vice versa. If at this point I started to really tell you what I saw in Brazil; if only I could explain the power of the love that pours from my friend Denise, the director of the Project; if only I could describe what meeting my new brother Iran felt like and all the children and youths at the Project; if only I could speak of the love of sister do Carmo and the other cooks who daily provide the arms and the heart to the Divine Providence of God, or even if I could tell you the joy of my “Catholic” meeting in prayer with the Pastor of the local church… only then you would understand that for me this is the miracle that God performed in my life.
Since that first trip, I’ve returned several times to Fortaleza. Last year, with help from some friends, we bought land to nearly double the structure of the Project. A few months ago we created Broto Onlus Brazil in association with the project, which has already started to build a Gymnasium to serve as a multipurpose facility and allow the inclusion of other 400-500 school children in the neighborhood of Granja Portugal. 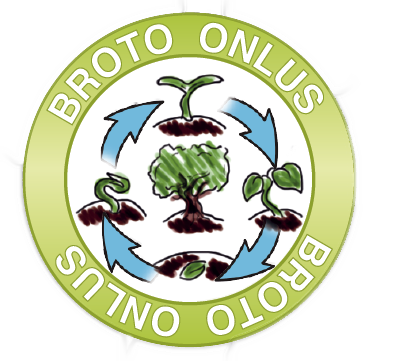